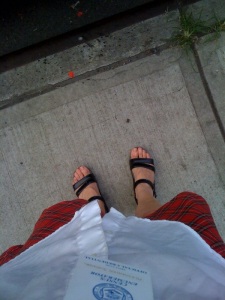 Since last post there’s been another ‘regime change’ or ‘new way’ at the census HQ, the third since when I started.  These changes have had an unfortunate trickle down effect.  This means that the rules about filling out the forms have been changed again.

Whereas, initially, if we got the full, correct information from a direct home-dweller interview on the first try that was acceptable, then with the second HQ regime, maybe due to the great urgency with which to re-do the enumerating that was fraudulently done initially, see the published wrongdoings, it was acceptable just to get an apt population count from a neighbor nothing more, then on this third regime change, it’s only acceptable if the information is collected on the fourth try, regardless of whether all info was obtained on a first try, and get it done in 3 hours.  That means more extra time/work- in some cases unnecessary!  And more info that is not gotten because time is too short to properly collect it. 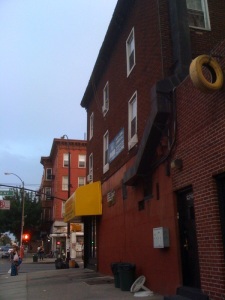 Since the Brooklyn Census debacle occurred, there has been fallout that workers and residents have suffered from.  Residents are STILL pissed off for having given the information numerous times, enough is enough!  This will make the next phase of the Census work (confirming specific cases) even more difficult, oh dear!

Yet, I succumb to the national zeitgeist of our times- feeling that attitude that comes from knowing employment is down.  With the Census, godammit, at least it’s Work! even if angry residents give you grief.  Co-workers are friendly thank you and oh, it’s a temporary job!